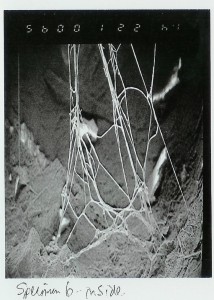 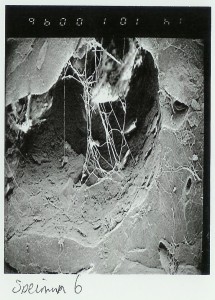 Do we believe it is 65 million years old?

In 1995, the museum in New Castle Wyoming gave Joe Taylor a small piece of bone from the hip of a T-rex. This T-rex was found in about 1916. Taylor sent a piece of the bone to California to be electron scanned by professor Mark Armitage at Azusa Pacific College.

Joe just wanted to see if it was bone or muscle. “I held part of the hip girdle of this rex in my lap to examine it.  It appeared to have skin on the sacral vertebrae.”

After scanning the bone fragment, Armitage reported to Taylor that it was in fact bone…but, there were collagen filaments inside it! He went on to say that, “It can’t be but a few thousand years old.”

Soft tissue in bone that is supposed to be 65 million years old should present a real problem for standard evolution beliefs.

This T-rex was found a few miles from the famous hadrosaur excavated by the Sternbergs in the late 1800s on the ranch now owned by the Zerbst. Recently the Larsen brothers at the Black Hills Institute in South Dakota have excavated a triceratops from the Zerbst ranch and it has part of its skin preserved. (See our photo of it.)

In 1995, Taylor led a dig with FACT on the Glenn Hanson ranch, which is a few miles from the other three animals with skin on them. A short distance from the FACT site Dr. Kraig Derstler excavated a partial hadrosaur mummy. The FACT crew, specifically Otis Kline and Bob Helfenstine, started excavating a hadrosaur. Taylor feels strongly that it too had skin preserved. In all these finds, there is the potential for preservation of soft tissue.

The recent story, which has been all over the web about the T-rex with soft tissue in its femur, has really caused some excitement. This may be the same T-rex that Jack Horner excavated a few years ago that was reported to have red blood cells in it. Taylor noticed it had a Museum Of The Rockies number, suggesting that it was one of a half dozen T-rexes found in Montana.

I’m sure that most die-hard evolutionists will just conclude that this only proves that dinosaur soft tissue can last for 65 million years.  We don’t believe it here at Mt. Blanco Fossil Museum.