The Creation Movement has lost a tremendous advocate and Mt. Blanco Museum has lost a dear friend. And I, like many others will miss him greatly.
Joe Taylor, founder of Mt. Blanco Fossil Museum, Crosbyton, Texas.

Henry Johnson was a major force in the work of the Mt. Blanco Fossil Museum and for many others in the Creation Movement, since he joined us at a Carl Baugh dig in 1995. He was tireless in helping in whatever way was needed from readily putting in money for equipment, excavations, or his own labor whether it meant crawling in the dirt and mud at a dinosaur dig or crawling around on bad knees helping to make the huge cast of two in-situ mammoths for Baylor University. But most of his time was spent in researching fossils and related subjects. He spent untold thousands of hours creating beautiful graphics and turning bad photographs into good ones.

Being a three-time EMMY award winning film-maker might have caused some men to want to be the center of attention, but not Henry. He only reluctantly displayed his awards after we asked him to put them out for people to see at the museum. He had a lot of friends who came to respect him for exposing the truth about earthquakes in California in his film THE BIG ONE.

Henry was a Los Angeles Fireman. He loved his job. He was as passionate about his new-found faith and people’s souls as he was about saving people’s lives and houses. His fiery passion finally shortened his fire-fighting career and eventually created problems in some of his Christian circles. After his lungs were chemically burned in a fire, the doctors said he wouldn’t make it to age 42. He almost made it to 62 in spite of being a heavy smoker.

It was one area that he and I almost parted ways over. But our mutual love for each other and a common goal to labor in the Creation movement demanded we tolerate each others problem. This was typical of Henry.

We disagreed over other things and more than once ended up shouting at each other. But invariably, after each cooled off, it could be mended by as little as a donut and a cup of coffee together. Henry, like so many of our Creation friends, was able to always put the work ahead of personal desires. One of his constant statements was the need for the body of Christ to “rebuke, exhort and reprove” each other. And while I got tired of his frequent exercise of these on me, he nevertheless listened when I lowered the boom on him for his own failings. If you were friends with Henry it wasn’t based on a phony façade. It was based on the reality of a mutual knowledge of the good as well as the bad in each other.

After his second wife, Jan, died in 2001, he lived on tobacco, coffee, and tortillas with peanut butter. Having to be his wife’s 24 hour nurse, he filled his time with learning Photoshop and computers. And with the endless hours and his ability as an artist he got to be great with it. After he moved to Texas to work with Mt. Blanco Museum, he retained his habit of staying up all night doing complex graphics for the museum or anyone else. After Jan’s passing Henry lost interest in living and his health habits showed it. But he didn’t complain about his failing health. He only looked forward to death as a promotion. 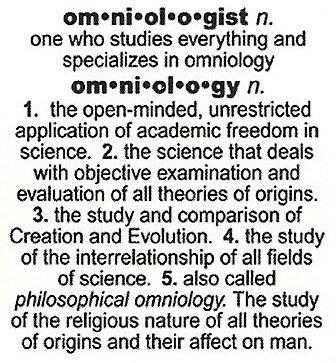 No matter how bad things got around the museum in the last two years -and they got pretty bad for all of us 2007/2008 — he greeted all his friends with a big smile and a bear-hug. Every visitor to the museum got a two-hour tour and a wealth of jaw-dropping information and even though it was punctuated by a wracking cough, people loved it. His enthusiasm and frequent laughter at his well-told stories was infectious.

His good will never ceased, though it was challenged and damaged by the last two years of the Museum’s constant legal battle with the Allosaur situation. When the Sheriff showed up on Dec. 12, 2007, to tell us our museum and my life’s work was being confiscated to be sold at auction, Henry worked around the clock on-line gathering and downloading the forms necessary for me to deal with the lawyers. Without his help, I could not have stayed the storm and it is very likely that we would have lost the Mt. Blanco Fossil Museum including my own life’s art work and research. The more depressed I got, the more Henry smoked and the more he smoked the more depressed I got. Watching our work be slowly destroyed was devastating to all of us around the museum, though he tried to be cheerful anyway. His humor was one of his most durable talents.

But Henry became very unhappy with the major Creation institutions. Some of his frustration came out in his posters created late at night. We often came to work and would be greeted by the newest poster he had made of these folks. And they ought to be thankful that Joel Peck and I convinced him not to publish those posters. They were excellent graphic statements. Henry was an independent and since he wasn’t an employee of Mt. Blanco I couldn’t fire him. But if we could convince him that they would do us more harm than good, he would reluctantly can them.

OMINIOLOGY became Henry’s watchword. When I coined the phrase in 1998 to describe my own fossil work, Henry took it and ran with it. The study of everything was what we were really all about. Our main focus was on fossil research, but everything else was important. And Henry researched everything. He gathered any information on Tesla, magnetism, earthquakes, ancient art of dinosaurs, alternative energy sources, and religious subjects and on and on.

His web site www.omniology.com  was used to promote his belief in Academic Freedom.  He condemned Universities for hiding behind the protection of free speech and teaching evolution and Marxism but who hypocritically denied anyone else the right to challenge them with the same level of academic freedom.

His camera was always with him. We did numerous fossil digs all over the country and Henry was there filming the work or taking high-quality stills. Every restoration project in the museum was recorded by Henry’s excellent eye. And yet, he took time out to beautifully illustrate a poem by a local fellow for his girlfriend. He probably accumulated 130,000 images or more and created hundreds of original graphics. When he died, he was working on graphics for four other authors and two films.

He and I had been working on several books such as one on Giants, on Mt. Blanco’s fossils digs, fossils footprints, crypto zoological sightings and evidences of dinosaurs and man living together. He went to Peru to investigate the mysterious ICA stones with dinosaurs on them. He worked tirelessly on the Acambaro Mexican dinosaur figurines, not to mention any track found in stone that appeared to be human. Henry went to the trouble and expense to research and record it.

His frustration, like my own, was compounded by those who claim to be Creationists who constantly derailed our work. The day we launched The Mt. Blanco Fossil News magazine on December 12 was the day the Sheriff came with the court order that everything was being confiscated by our adversaries. That day, I canceled the magazine and we never published it. All the endless hours and literally years of work that we had done to prepare for a magazine that would have been like nothing else was ALSO now stopped. It did something to both Henry and I. And all the work that we would have spent in publishing a full-color magazine filled with original fossil photos and information was now spent in fighting more odious legal battles. The hundreds of pages of our work on fossils were now replaced by reams and reams of boring legal documents. It did something to us not only as Creationists but as artists and researchers.

Henry died actively using his talents for the glory of God and the Creation cause. He was helping a producer in California on two Creation films, where he was living, when he died. One was on the Allosaur dig. The Allosaur dig and what happened afterwards has ultimately dissolved our Mt. Blanco Fossil Team that Henry was so much a part of and which has now closed the doors to the Museum that he put so much time and energy into. Henry lost a lot in the whole sad and maddening ordeal.

Formalizing the Mt. Blanco team by giving us a logo was Henry’s idea. And to celebrate it, he had patches and door signs made for all our vehicles.

Henry Johnson’s work will live on. His good will endures and his life is an example of how God can use someone who, like all of us, has faults and who struggled with sin and bad habits.

And we, as his Christian friends, all look forward to the day when we shall meet him again in heaven. May God bless Henry’s good works to follow! We loved him.

There will be a private memorial service at the Creation Evidence Museum, Glenrose, TX in November to remember Henry and his work.