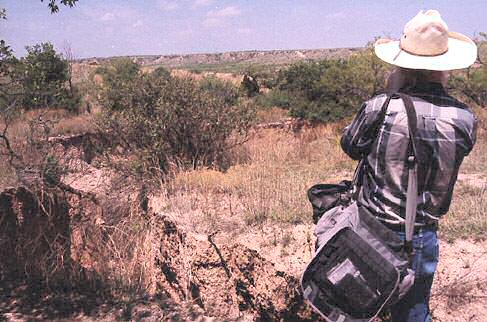 In May 2000 Joe Taylor and Don Ensign traveled to the Mt Blanco canyon country north of Crosbyton. This is one of Taylor’s favorite local fossil hunting areas. 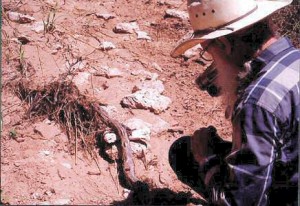 That day they found the remains of a large bison. Here Taylor documents the find with his video camera. 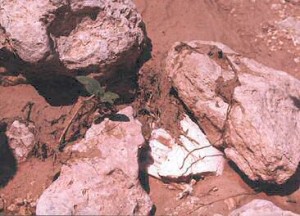 The bones were  were partially uncovered in a wash area during recent rainstorm. Seen here is part of a lower jaw of a buffalo. 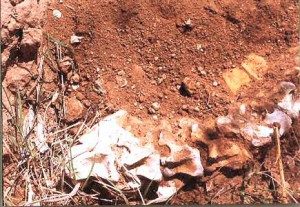 Bison bones were found over a wide area in the dried up wash area. This articulated spinal column was part of the remains discovered. Measurements of foot bones found with it indicate that it is larger than the modern buffalo and is possibly the same size as the famous Folsom bison, Bison antiquus.

Throughout Blanco canyon in a layer which is often twenty feet thick Taylor has documented numerous buffalo bones. 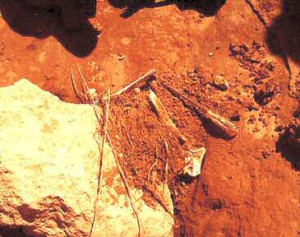 He has recorded that the bones seem to occur at predictable levels; at the lowest level of twenty feet, then sixteen feet, twelve feet, nine feet, eight feet, six feet, four feet and as shallow as 18 inches. A recent meeting with an archeologist at the Coronado camp site excavation also in Blanco canyon felt like this gave credence to a theory that there were periods when the great buffalo herds were absent from these plains.